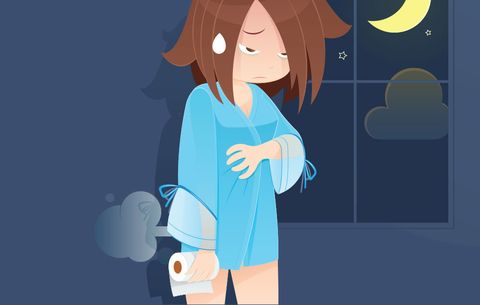 IBS is a condition whereby the intestines squeeze too hard or not hard enough and cause food to move too quickly or too slowly through the digestive system. This is not a disease, but rather a collection of symptoms shared by many people. It is because this is such a varied condition that
there is no single solution for everyone.

However, it is important if you think you may be suffering to get a clinical diagnosis from a gastroenterologist in order to rule out other serious illnesses such as Crohn’s disease or ulcerative colitis. There is no specific test for IBS so diagnosis is based on exclusion of other conditions and centres around the experience of particular symptoms.

What are the triggers for IBS?

Stress seems to be the major trigger with many sufferers reporting that their symptoms began during periods of major life stresses such as divorce, bereavement, etc.

However, in addition to this, others find that their symptoms began during or shortly after recovering from a gastrointestinal infection or abdominal surgeries. Some people also find their IBS begins after eating certain foods to which they are sensitive.

There is no specific type of food which triggers IBS. Indeed, different foods will trigger IBS symptoms in different sufferers. Occasionally, a flare-up of IBS may be triggered by all of the above or for no apparent reason.

Treatment of IBS Diet plays a very important role in managing IBS and it is important to eat high fibre foods, drink plenty of water and avoid foods that worsen the problem. It is also very important for IBS sufferers to find ways of managing their stress.

A large proportion of the fear associated with having an ‘accident’ is a direct result of negative thinking.

For example, thoughts such as ‘I will be unable to reach the toilet in time’, ‘I may embarrass myself by having an ‘accident’’ or ‘I must restrict what I am eating or else I will not be able to control my bowels’ are common.

Therefore, cognitive behavioural therapy is particularly useful as it addresses these negative thought patterns and looks at the behaviours which can keep the fears going (or even make them worse).